Is the emoticon madness a sign of Facebook’s approaching decline? - TheCio

Facebook recently introduced a new way to “like”, so that now you can choose among a series of reactions such as “wow”, “sad”, “angry” and similar ones. This is no big news, since every newspaper and blog reported about it during the last weeks.

It made me think, though, if this emoticon madness could be a sign that Facebook is starting to seriously over deliver to its users. Let’s face it: nobody really needs these new “reactions”, and Facebook has already changed a lot in the last years. “Year in Review”, “On this day”, Friends Day videos, new GIFs and emoticons, constant updates to its algorithm and to its graphics. Facebook is trying really hard to stay relevant and to be liked by its users. And while that’s not bad at all, it could still mean that they have a product that is actually getting better than what users expect it to be.

So… Why would over deliver to your customers be a bad thing? Over delivering is not a bad thing at all. On the opposite, it is a source of competitive advantage. It isno surprise that Facebook, the undisputed leader in Social Networking, is continuously improving its product. The problem is that It could be a sign that Facebook has started to decline. It could mean that Facebook is focusing so much on marginal improvements that they forgot to see the bigger picture. To understand why, we need to go through some basic business theory.

The product lifecycle (see picture) is a basic concept that tells us how the “life” of every product is divided in four parts. It starts when the product is introduced to the market and it ends when its production stops. Arguably, every product goes through this life cycle, eventually dying.

Facebook, undeniably, is a product. Maybe not Facebook the company, which has other products in its portfolio (e.g. Whatsapp, Instagram, The Oculus Rift). But Facebook, the social network, is surely a product. A very good and profitable one for its parent company.

Of course, the 1-million dollar question for any corporation with a portfolio of mature products is: “How can we understand when our product is entering the decline phase?”.

The most obvious answer would be to look on the y-axis, at the Sales Volume (or market share). There is a trick, though: the product lifecycle framework is valid also for an entire product category. So, if either your product category or your product (or both!) are experiencing a dramatic sales decrease it could mean that you are mismanaging their lifecycle. However, the real world is different from theory and Sales are influenced by so many factors that is practically impossible to define the stage of a product by looking at that figure. After all, in 2008/20009 the car industry was experiencing a double digit decline in sales in both Europe and the US, but that did not mean the automotive sector was suddenly entering its decline phase.
There are plenty of other indicators pointing at which phase a product could be in. E.g. barriers to entry in the market, the number of competitors, the number of customers, the level of prices, etc.

Some say an element to keep under control is the sophistication of the product(s). When companies start to over deliver to their customers, it could mean their products are at the end of their maturity phase. The reasoning behind this assumption is quite simple: many competitors, with access to similar technologies, compete for a stable number of customers. They cannot compete on price, as basic game theory suggests, because they would be damaging their margins. One of the few levers left to compete is the product diversification. In a market that has become “commoditized”, even a small change in product can make a big difference in sales. At the end of the maturity phase, sophistication reaches its highest 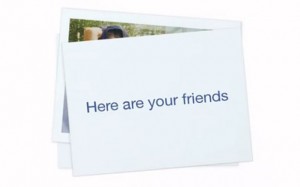 point. In short, producers start trying really hard to differentiate their product from the competitors’ by adding features customers do not really need.

Are you not convinced by this mishmash of theory? Well, let me give you an empirical example: digital cameras. The commercial products started to enter the market in the 1990s, and at the beginning they were ridiculously expensive, with the quality of the picture being inferior to traditional cameras. With time, price started falling and quality increasing, and cameras started to spread in the market, substituting traditional ones. With time, digital cameras became the norm and started offering ridiculously high picture quality at ridiculously low prices. Producers by that time were over delivering to their customers. They promised up to 21 megapixels in a camera, at lower and lower prices. No mainstream consumer really could tell any difference between a 15 and 21 megapixels camera, but producers were still fighting the “megapixel war” – regardless of the consumers needs (and, yes, I know megapixels are not significant for determining the quality of a camera!).

It all continued until the Smartphone arrived, and ended the dominion of digital cameras. People started using their phones to take pictures and stopped buying cameras. Sales for this product category started to decrease and they are at their lowest level today (1). The winners were Samsung, Apple and other Smartphones producers. The losers were camera producers – they focused all their efforts on irrelevant improvements and forgot to look around for disruption.

Another example can be given. NOKIA was the leader in high-end phones (before they were called Smartphones) until the introduction of Apple’s iPhone. Again, when this happened they were focusing on making marginal improvements to their products, such as the camera quality (!), screen resolution, graphics and battery life.
All elements that could maybe worth some incremental sales on the short run but were not so valuable to their customers after all. They did not see Apple coming while adding those extra 2 megapixels to their flagship product.

So, back to Facebook. I do not really need those reactions. I do not really care about them, neither. They could -arguably- convince me not to switch to competitors (?). Most willing, they could let me spend more of my time on Facebook so that I would click on more adverts and make Facebook even richer.
Would have I left Facebook without the introduction of reactions? Probably not. Because of them, would I stay on Facebook if a more valuable alternative to spend 3-4 hours of my day would exist? Probably not.

I did not buy an iPhone because I was not happy with how long the battery of my NOKIA lasted. I switched because of an App ecosystem that I could not have on my NOKIA. I even tradedthat with a way worse battery life and a worse camera!

You could still argue a ton of things to my argument. Here are few of them:

I am sure you can find more counter-arguments, and please let me know all of them in the comments!